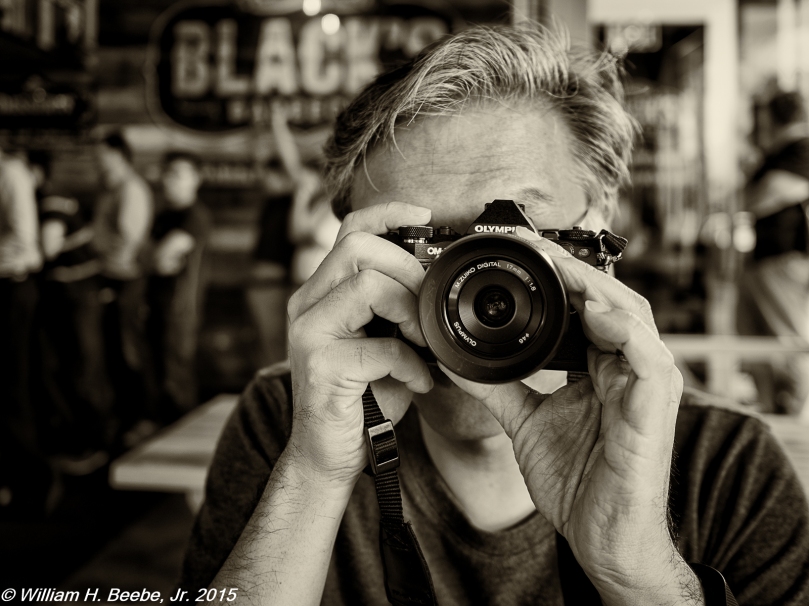 Friday was my last day in Texas. I’d spent over two weeks in Killeen on business. I left Texas by way of Southwest flying out of Austin. Before leaving I had a second lunch with Andy. Our lunches bookended my trip to Killeen Texas, on the first day I arrived and the last day I left.

That last day I wanted to try some authentic Austin barbeque. So we met at Blacks Barbecue on the corner of Guadalupe and W 31st 1/2 Street. The food was great, the line fast, and the prices quite reasonable. We both ate the lean beef brisket.

Andy also showed up with some of his newest camera acquisitions. One of them is above, the Olympus E-M5 Mk II. I’d shown up with my E-M10 with the 1.8/17mm mounted. He has the same lens in black. That lens makes for a nice compact rig with any of the OM-D camera bodies. I’ll let Andy write about the other cameras he’s purchased lately on his blog. I only mention this one because, well, I took a photo of him using it.

I try to meet some of the photographers face-to-face that I encounter on the web. The first such successful face-to-face was with Matthew Robertson of Toronto Canada. I was able to meet him and his wife in 2012 on a road trip that my wife and I took from Orlando up to Toronto and back. That trip is back on my old blog, starting on 1 September 2012. My wife and I had a wonderful time traveling up through the northeast and into Canada. The few days we spent in Toronto were too few, and we barely scratched the surface of Toronto. But it was still a lot more than what I encountered in Austin. I’d hoped that I could drive down to Austin after work some days, but 12-plus hour days and no weekends off put the kibosh on those plans.

Perhaps one day I’ll get a chance to spend more time in Austin. Until then I have these very brief encounters with one of its most interesting citizens to remember. 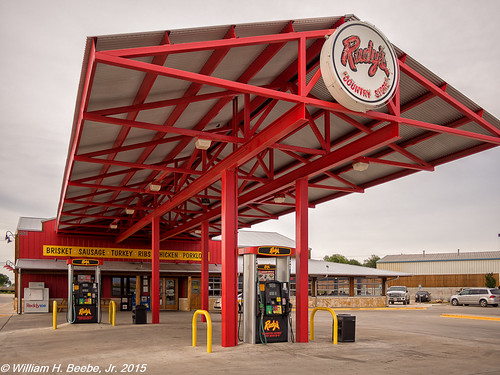 I stopped off at Rudy’s for a bit of bar-b-q after today’s work shift. I picked up a small but filling order of bar-b-q chicken. I sampled a bit of Rudy’s sauces while I was there as well. It was overall a tasty meal.

The chicken was moist and flavorful. I’ve been to too many BBQ places were the chicken was dry and tough. How a BBQ place does its chicken is something of an informal test for me; if it’s done right then I feel comfortable going back. This meal was indeed good enough for a return trip.

I know the store is part of a franchise, with this one of nearly 40 so far scattered through the southwest, the majority in Texas. But the BBQ is pretty good for a franchise. Yes, I’d go back and I will while I’m here. 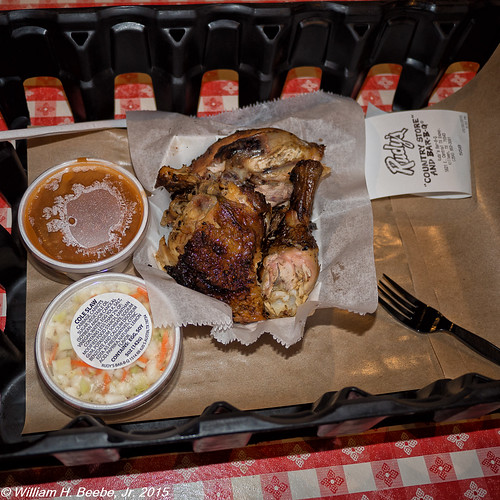