I would lead off an article like this with “If you haven’t been living under a rock…”, but with the pandemic and everything else that’s been happening in 2020, I can’t lead off with that sarcasm. If you’re a normal person then you wouldn’t be following everything Sony Cameras has been releasing.

Which leads to this latest camera from Sony. This is a camera using Sony’s 35mm sized sensor (a.k.a. “full frame”) and general electronic subsystems derived from their α7III camera. Meaning they took the guts out of the α7III, cleaned off the gunk and grime, and dropped it into the body you see above. What’s missing is the pseudo pentaprism housing, being replaced with a smaller viewfinder on the right corner. Looks almost like another α6000-style camera, doesn’t it?

What we have is an expensive camera (US$2,100 with the f4-5.6/28-60mm kit zoom lens) with oldish technology wrapped in an oldish physical design (the APS-C α6000-style camera) aimed at the vain YouTuber who wants to capture selfie video for — whatever. I’m obviously not the target demographic, which is why I look at this and go meh. I’m no fan (at all) of Sony cameras, or Sony technology in general. But I look at this camera in particular and all I see is lots of warmed-over tech shoveled into a tired body design, not worth the current asking price. It looks like it was Sony marketing’s idea to make use of left-over sensors and parts, with minimal design cost, designed to take advantage of the selfie video craze going on right now. Like I said, cynical.

Because I’m not clairvoyant I haven’t a clue as to how well it’ll sell. It might sell well in an initial short-lived spike, followed by a long falloff into oblivion. But then, what do I know?

You’re looking at an Olympus E-P2 with a 15mm body cap lens and a 14-42mm EZ pancake lens. That small round item with the hole in the middle is the Olympus LC-37C auto open lens cap which screws onto the front of the pancake zoom. The E-P2 was introduced November 2009, five months after the E-P1, Olympus’ first µ4:3rds camera. I paid full price for the complete kit which included the original M.Zuiko 14-42mm collapsible kit lens and the VF-2 electronic viewfinder, which slid into the hot shoe at the top of the camera. The key advance of the E-P2 over the E-P1 is that an expansion port was built into the back side of the hot shoe, which allowed for additional capabilities like the VF-2 to be added to the camera. The camera is now so old it qualifies in some corners as a vintage camera. The only up-to-date part of the kit is the pancake zoom which was introduced January 2014 along with the OM-D E-M10 Mark 1.

The question is why go back to something retro? Price and availability. The cost of new contemporary interchangeable digital camera are skyrocketing. While I would love to own a new Olympus OM-D E-M1, the eye watering high cost of US$2,000 is more than my budget can bear. To put that cost in perspective, I can either have the E-M1 Mark 2, or I can remodel one of my bathrooms. Throw in one of those new zooms, such as the M.Zuiko 12-100mm f/4 PRO, and I’ve now got enough money to remodel both bathrooms.

Other reasons for turning back to this camera (and a Sony NEX 5N I also own, but picked up when it was heavily discounted a few years back) is that it still works, it’s compact, and looks like a lot of point-and-shoot cameras that are still be used extensively around the world. As used gear it’s dirt cheap. The large 13 x 17mm sensor in the body doesn’t hurt either, since it is considerably larger than the sensor in every cellphone being made. The final, most important reason for using a camera like this, is that it’s capable of documenting this strange dark world we’ve moved into since Trump was elected. Loosing it or having it get busted won’t set me back an inordinate amount of money. It’s simple and rugged enough to meed my needs for a set of tools that I can use to document who knows what over the next four years (at a minimum).

What can this camera do? With the body cap lens, a 15mm (e30mm) at f/8, I can literally point and shoot and get everything in focus from 3 ft/1m out to infinity. Or with the pancake zoom, I can zoom into the equivalent of 84mm on a 35mm camera for that short zoom effect if I need to keep back and avoid a confrontation. 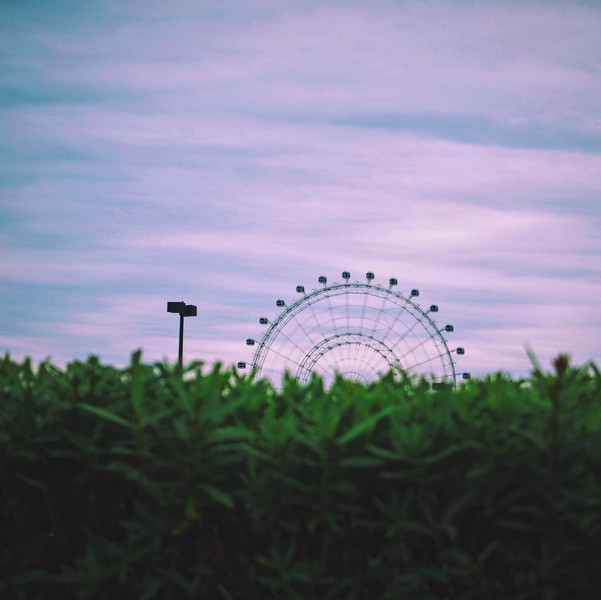 Or pop the 15mm on the body and just document the world around you without drawing undo attention.

Even at f/8, in low light, the E-P2 is capable of grabbing something decent at ISO 1600 (it can go higher) that can be used, especially on the web. And if you want, you can set the 15mm to closeup (0.3m) and get down a bit close to your subject.

Olympus’ digital Pen’s aren’t the only game in town. Sony’s older NEX series of cameras, especially the 5 series, are an excellent little carry around camera, especially if matched with an inexpensive prime like the older Sigma lenses. 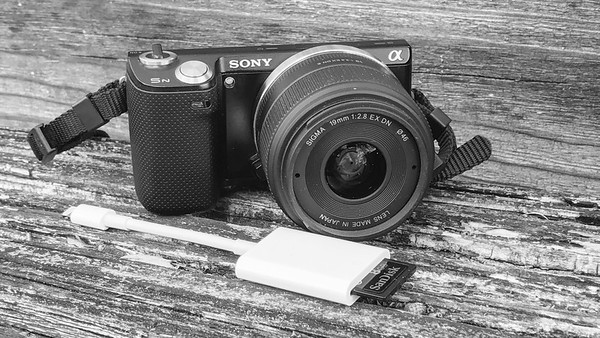 I picked up the NEX 5N when it was on closeout a few years back, and I happened to pick up a Sigma two lens set, the 19mm and the 30mm, for $99 each at about the same time. To give you an idea of relative sizes, the Apple SDHC to Lightening adapter is in front with the 5N’s SDHC card plugged into it. Which brings up an interesting point. I use an iPhone for just about everything now related to photography, from taking the photograph to processing it and then pushing it out to various social channels such as Smugmug and Instagram. The Apple adapter allows me to move images off the card and into the phone for post processing.

What is significant now is that iOS 10.2.1 is capable of knowing when you’ve taken your camera photos in RAW and can actually show you what you have directly on the cell phone once they’ve been imported into your camera roll. In the past I couldn’t process RAW anything unless I had a personal computer and software, such as Lightroom, that knew about how to interpret those RAW files. I discovered today that my iPhone with iOS 10.2.1 can read raw files from both the Olympus E-P2 as well as the Sony NEX 5N. How it handles newer cameras I can’t say. But for what I need, I don’t need the latest and greatest, just something from the last 8 or so years that still works. Here’s two examples from the same RAW file produced by the Sony. The first is post processed by VSCO, the second by Snapseed. 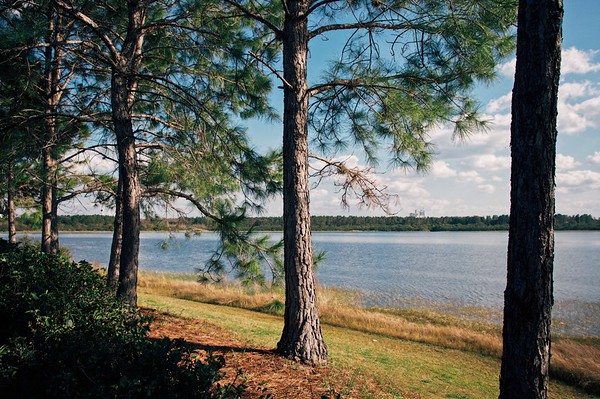 While both VSCO and Snapseed knew they were dealing with RAW files, it was Snapseed that post processed the photo as it was shot. I’d set the Sony to shoot 16:9 aspect ratio. The VSCO app didn’t honor that aspect ratio, choosing to revert to the full 3:2 aspect ratio. Furthermore, mirrorless cameras embed metadata in every file that allows the post processing software to correct for lens flaws, such as barrel distortion in the 19mm. If you look closely at the VSCO image you can see it. It’s properly corrected in the Snapseed. Whether the second is better than the first is entirely up to the viewer. I personally prefer the brighter color from the VSCO processing (which was what I was going after), but if I had to make sure it was “more correct” then I’d probably run it through Snapseed. By the way I didn’t do anything out of the ordinary with Snapseed. I just accepted its defaults when it first read it in, and then immediately saved the JPEG back out again.

In the past I put together several mirrorless kits, with multiple bodies and lenses. Today, I’ve narrowed that down to a single body and one or two lenses. Furthermore, I’m doing everything on my iPhone because it’s now powerful enough and the iOS apps are sophisticated enough. For the citizen journalist who wants a bit more on a budget than just the camera on the phone, the latest iOS release coupled with a reasonably up-to-date iPhone (SE through 6 and on up) can help you build a powerful documentation system without the need of a notebook or even a tablet to handle the output from any mirrorless camera made in the last eight or so years.