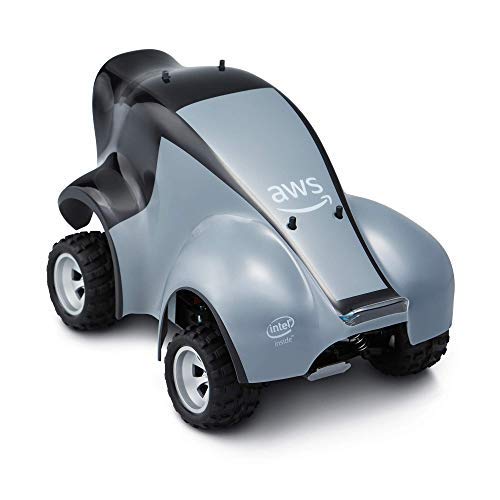 I got another email from Amazon this past week telling me, once again, that there is a delay in delivering the AWS DeepRacer. Here’s the gist of the email:

We know you are eager to get your hands on your own AWS DeepRacer car. However, we remain behind in our goal to put these fully-autonomous, machine learning-powered cars into customers’ hands. As part of preparing for retail availability, we implemented a new and improved car battery design, but it’s turned out to be harder than we thought to get all of the required certifications. We believe we’re finally on a path to achieving what we desire, but we anticipate it’ll take until sometime in the Fall before these new devices will be ready to ship. As part of this delay, you may have noticed that we changed the product status to “email me when available” on the Amazon.com DeepRacer detail page. Rest assured, your pre-order is unaffected, and you are at the top of the list when we’re ready to ship the device. We’ll update the Amazon.com status as soon as we have an availability date to share.

I looked back on the order page, and down at the bottom, where they have questions and answers, I discovered I would have had one already if I’d attended the re:Invent 2018, back last December. Sucks to be me I guess. I haven’t seen anything this bad since I participated in buying a TravelWide camera via Kickstarter. I can understand the Kickstarter project, as this was being run buy a few passionate photographers. And they were honest and communicative as to what and why they were delayed.

Amazon, however, has absolutely no excuse. If the owner can spend $1B a year so he can send his rockets to the edge of space, if Amazon can run a multi-tentacled world-wide technological empire, then somebody who is a mere minion for Amazon can get their shit together on the design and ship the product. I placed my order the last day of 2018. It shouldn’t have taken this long to build out more.

You’re looking at Amazon’s DeepRacer, advertised as “the fastest way to get rolling with machine learning, literally.” DeepRacer is an interesting integration of a 1/8 scale electric race car chassis and an Intel dual-core Atom processor running Ubuntu. It appears that DeepRacer is based on Amazon’s DeepLens, an AI training system Amazon released in 2017 (see “Exploring AWS DeepLens” for interesting details). DeepLens appears to be using an Intel SoC, a dual-core Atom E3930 with an Intel HD Graphics 500 GPU. The GPU has 12 execution units capable of running 7 threads each (SIMD architecture), the equivalent of 84 cores. The SoC with this GPU is capable of doing interesting image processing on an “edge” device, with the Atom cores doing the basic integration and control of the entire device. And all of this tied back into Amazons Web Services (AWS) for further machine-based inference. It is thus a very interesting device, and all for the paltry sum of $250.

Great tech bundle if you can get one. DeepRacer was announced towards the end of December 2018, and I placed my order for a unit on 1 January 2019 after it became available again (it’s now no longer available, again). Expected release date was supposedly 6 March, or a mere three days from the date of this post. Yesterday I got an order update email from Amazon telling me that the delivery date for my unit was being pushed back six weeks to 19 April at the earliest, with the option to cancel the order if I so wished.

At this point I’m not sure what to do. The DeepLens kit is $250 just by itself and is also available on Amazon. If I were to build my own DeepRacer clone system using a DeepLens to start with, the cost alone would easily be double the cost of a real DeepRacer.  A second alternative is to go full maker and build everything from scratch, substituting cheaper hardware all around, especially the processor. That might allow me to get something approaching DeepRacer in functionality, but hacking the software to perform the same rough functionality isn’t something I want to take on. I’ve followed that lone gunslinger penny-wise-and-pound-foolish type of engineering path in the past because I had no other options, but this time around I really don’t want to go there. The graphics inference engine that runs locally is coded around the on-chip HD Graphics 500 GPU, which isn’t something to look askance at. It might not be an nVidia or Apple class GPU, but it’s no slouch either. I would be sorely pressed to find an equivalent alternative on a SoC, find it on a cost-effective SBC, and find software to bootstrap on this so-called mythical SBC if the SBC even exists.

I’m still not sure if I should cancel the order at this time or just wait it out. My thought is to keep the order in place and begin to look at possible alternatives. The AWS platform is free for experimentation, and it has an simulator, but the simulator is specifically for DeepRacer (obviously). Decisions, decisions…