It has been cold again in Orlando. And all of the former kittens, especially Danï and Nicholas Joseph, are now mature enough (for cats) to tolerate and be tolerated by Beau so that they can cuddle together in the middle of the sun bed to stay warm. This has been happening on-and-off for several weeks, especially during the little cold spells that drift down over Florida from north of us. Luke, being the oldest by two hours, won’t tolerate anyone cuddling next to him and prefers to just pile into one of the fluffier beds to stay warm.

This also marks the first time in a long while that I’ve actually been able to get all the gingers in less than four separate photos. 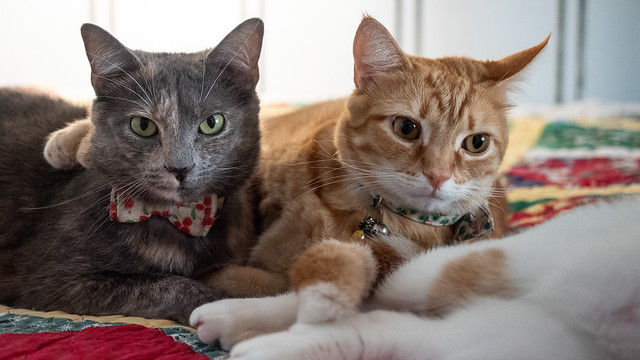 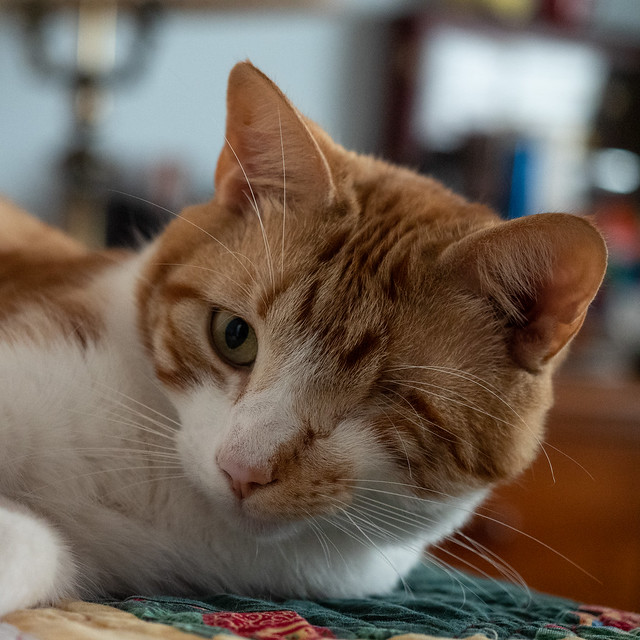 It has been a while since I wrote about the clowder. During a cold period this January all the cats wanted to cuddle together and stay warm. These three were kinda together. The two girls didn’t want the boy getting too close. Or maybe Nicholas didn’t want to get too close to the girls. Who can tell with cats… Everybody is still healthy and chill together, sometimes in more ways than one…