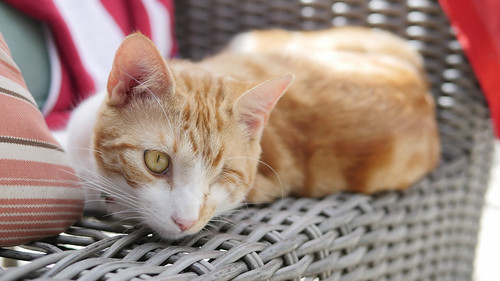 More cat photos, the top of Nicholas and the bottom of little Danï resting her head on Beau’s back. Both of these were taken with an older camera I have seldom spoken of, let alone used. It’s a Panasonic GH4. I purchased the body in 2018, a year after the GH5 was launched and the GH4’s price had been cut to $800. I picked one up because I couldn’t afford the GH5. All I wanted was to try its video features and see if I had any abilities as a videographer. I now know I’m not a videographer, but the GH4 is also a decent stills camera, and from what I’ve seen, it still is. Furthermore, the sensor resolution is “only” 16MP, the same as my Olympus E-M5. That doesn’t matter in the least if there’s a decent lens in front and proper shot discipline is practiced. It has a different color science than the Olympus which I like as well as Olympus’. So my purchase of the GH4 wasn’t a waste.

One special feature the GH4 has and the reason I still keep it is because it has a built-in flash that still works quite well. None of my other camera bodies have a build-it flash, only external flashes that came with the bodies. The aggravating problem with separate small flashes is I keep misplacing them, making it a pain when I need to use one. If I’m using the GH4 I don’t have that worry.

The only problem is the GH4 has no in-body image stabilization. Either I take my photos in reasonably bright light or else I put on a lens with image stabilization. As it turns out, I have two such lenses; the Lumix G 30mm macro and the Olympus PRO 12-100mm zoom. Both work with the GH4 and give me decent stabilization in low light. For example the lower image of Danï was taken with the 30mm in the darkened inside of my home.

As for fast lenses required for bokeh and foreground/background separation, that too is an expensive myth. The upper image was taken with the Panasonic Leica 1.4/25mm at f/2, while the bottom image was with the 2.8/30mm wide open. In neither case did I need anything fast like f/1.4 or f/1.2. I could just as easily and happily have used the equally capable Olympus 1.8/50mm, a less expensive, smaller and lighter lens by far. For me, it’s far more important to gather information (sharpness) in a photo than go for the insane bokeh that so many blindly worship. Extreme lens maximum f-stops make for overly expensive and unaffordable camera equipment. 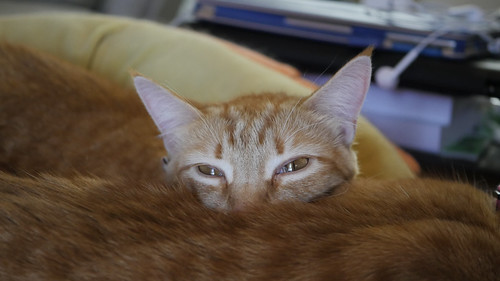