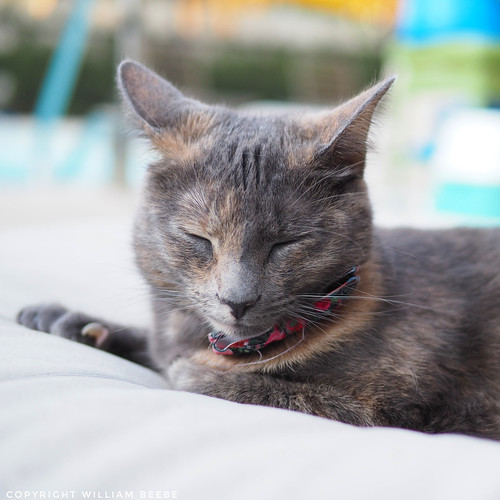 The weather is getting cooler in central Florida, with the daytime highs in the 70°s and the evenings down in the 50°s and upper 40°s. Combine those cool temperatures with Nick running loose with the girls, and they are doing more napping these days than they have up until now. Sometimes they sleep with their heads up, as Zoë shows us here. 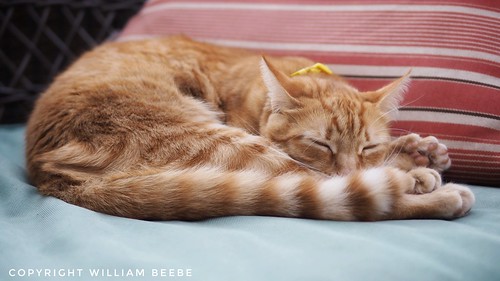 Other times they curl up within themselves, such as Danï illustrates above. Being a polydactyl with the most toes,Danï shows plenty of toe beans while she sleeps.

Being sisters from the same litter, they are still staying close to each other, even at this point in their lives. They were less than three feet from each other when these were taken. 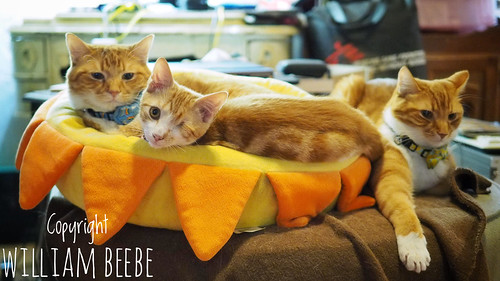 Cuddle pile in the TV room of our home with three of the six. Left to right is Luke, Nick, and Bo. Luke and Nick are in Lucy’s old sunshine bed. I wash it regularly and everybody loves to pile into that thing. Nick is a little over four months old, but at the rate he’s growing he looks like a six-month-old kitten.