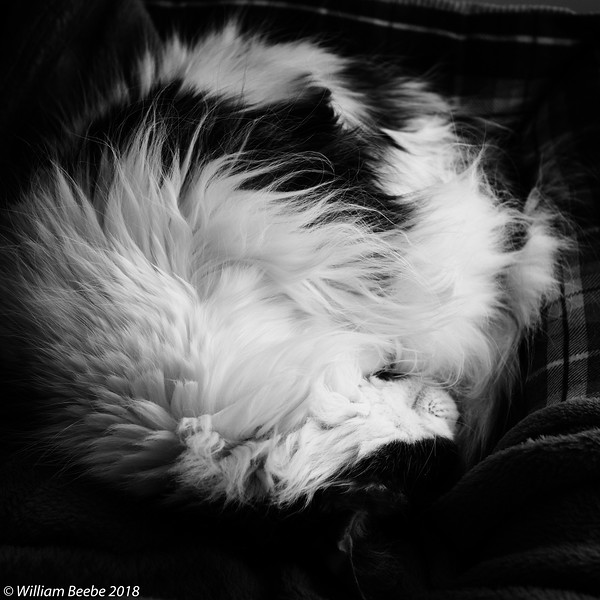 This is Ellipses resting in her #2 sleeping position, where she’s trying to balance on her head while curled up in a ball. She’s a Norwegian long haired forest cat. She came to us over ten years ago from a no-kill shelter in Tallahassee via my oldest daughter, who was a student at FSU at the time. Her name was given to her by her original owner, who we believe was an undergraduate math major who had to leave and couldn’t take Ellipses with her. My daughter was out looking for a little companion, and the rest as they say is history. We suspect Ellipses was four when she was taken to the shelter, which puts her current age somewhere around fifteen or so. Believe it or not she still bounces around the house like she’s still a kitten.

As I wrote earlier it’s been a long cold week, and everybody has been semi-hibernating throughout the house. Welcome to winter in Florida.

One thought on “can you guess what this is?”