I’ve been sitting here following the launch of NASA’s Jason-3 satellite from Vandenberg AFB via Twitter and streaming feeds. The launch itself was successful, but based on my Twitter feed it looks like the first stage had a hard landing on the SpaceX barge. It appears one of the landing legs broke and the first stage isn’t upright on the barge. Trying to return that first stage booster back to land is hard enough, but trying to return the first stage to a barge in the middle of the ocean has to be an absolute nightmare.

If SpaceX can’t solve the sea landing, then they may have to restrict these attempts to where they can come back to dry land like their successfully landing here in Florida. At least SpaceX is trying. Everybody else want’s to talk about how tough it is without even attempting to solve the problems.

My SpaceX feed has essentially dried up. Nothing left to read on Twitter except the usual social trash on a Sunday afternoon. I think I need to trim back again. 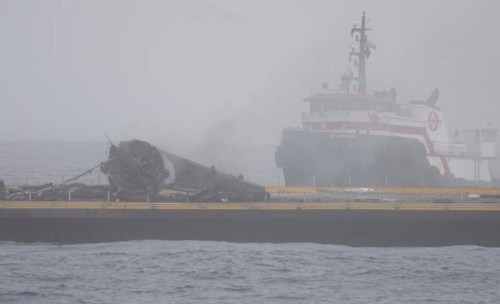 If you get a chance check out the SpaceNews link above. There’s a short clip showing how the first stage touched down on the barge, then tipped over when one of its landing legs failed. As Elon Musk would later tweet, “Well, at least the pieces were bigger this time!” After looking at the video clip I can’t believe how close they came this time to successfully pulling it off. It was so close it even made me hurt a little to watch it just tip over. My belief in their eventual success at sea-based landings is now a lot stronger.