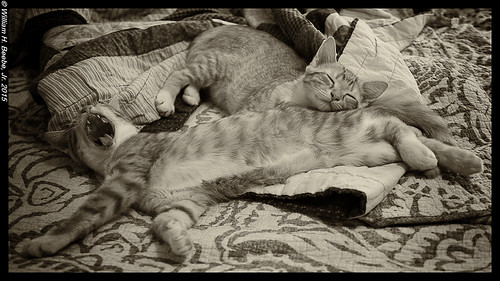 The two little kittens are growing. They still hang together, now more than ever. They’re free-feeding, eating out of a larger bowl than what they started with when they arrived back on 1 January. They’ve discovered they like to sleep on the bed, especially with each other. The eat together, sleep together, and play together. 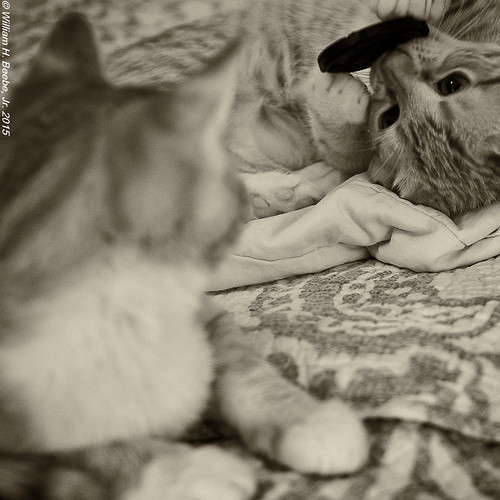 Today they learned that my lens cap was fun to play with. It squeaks and rattles when they toss it around between themselves. Eventually when then lost interest I picked it back up and put in back on the lens where it belongs. 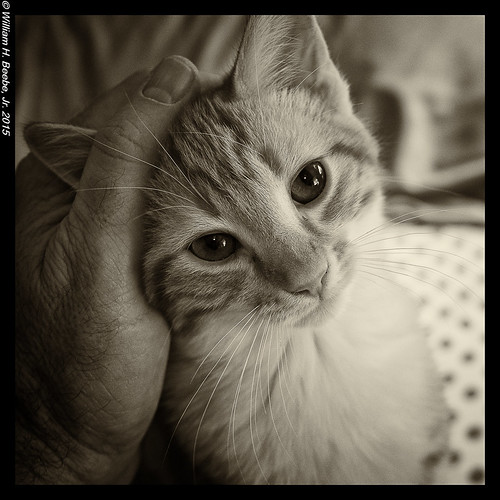 They love to have their ears gently rubbed. They’ll sit next to me, competing for my attention and rubs. It’s a good thing I have two hands. This one photo was taken right before I had to put the camera down and rub both of them. It’s worth it just to get those magic looks and hear them purr like little motors. The same way Lucy did. I used to think that Lucy’s purrs were unique. But with the two males I now know better. 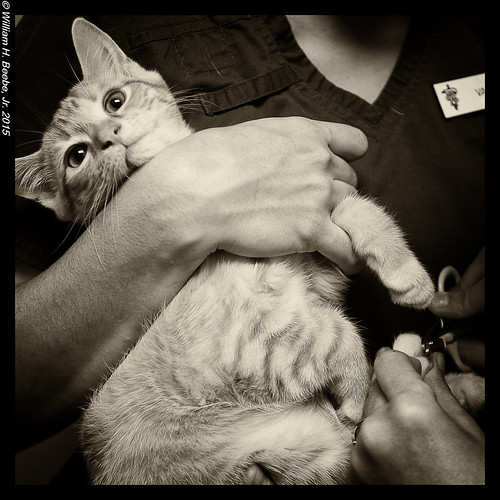 Friday was a trip to the vet for both Greebo and Ponder as well as Ellipse. Everybody got their claws trimmed. I would have done it but I’m not used to kittens and I was afraid I’d hurt them. Ellipse loved the attention while the two boys, being new to all of this, couldn’t quite make up their minds how to act and react. They loved the attention, but not so much the trimming. In the end Ponder was nervous but Greebo just chilled out. 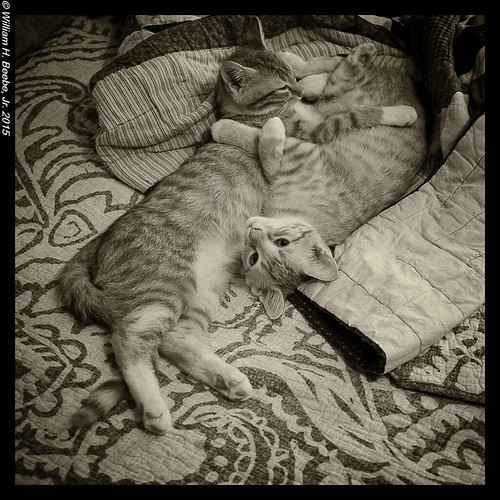 I’m enjoying having the two little ones and watching them grow. This time I’m paying a lot more attention as these two become integrated into the household. That’s one key lesson I learned with Lucy. When Lucy arrived she literally came in through the front door and that disturbed the pecking order with Ellipse and Lulu. This caused problems, especially with the establishment of territory within the house. This time, the kittens are carefully kept in a back bedroom and are let out under supervision. One more week of this and they’ll start to roam the house with the other two cats. In the mean time my wife and I are busy cleaning up the house and making things a lot more kitten proof.

One thought on “the gingersnaps, week 2”