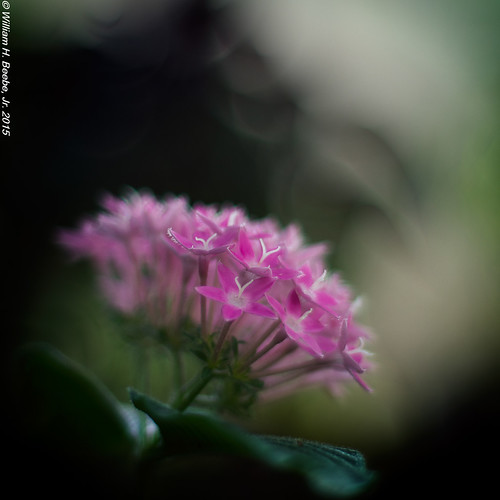 I have a camera collection that spans decades and includes a few film cameras. There’s my non-functional Minolta XE-7, the still functional Nikon N90, and a pair of still functional Olympus OM-4s. Along with the bodies are a few OM lenses, such as a pair of 50mm f/1.4 “nifty fifty” prime lenses. Today I decided to adapt the OM lens to my E-M10 digital body and do a little photography out in my backyard garden. You can see the results in these five modest photographs. The goal was to use the lens wide open to create a deliberate soft focus effect as well as bokeh effects on the background, out-of-focus areas, and to focus as close as possible. I then post processed all the images in Lightroom 5.7 and Nik Software’s Analog Effects Pro 2 as a plugin to Lightroom. 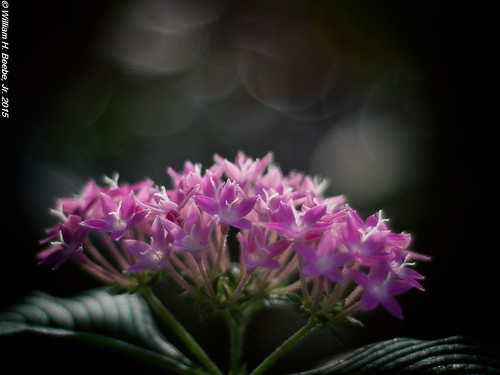 I did this for a number of reasons. First and foremost there’s a new lens being build to produce “soap bubble” bokeh effects, called the Trioplan 100. Right now it’s part of a Kickstarter project. I’d join, but I’ve already been through one photography-related Kickstarter project, and the results have been most unsatisfactory. If and when I do get what was promised in that Kickstarter project then I’ll write about it here. But for the time being, I’m looking to see how I can reproduce an equivalent effect with older film-based lenses adapted to my Olympus digital camera bodies. I may break down and pick up, from KEH Camera, a used OM 135mm f/2.8 and see if I can achieve even more equivalent “soap bubble” effects. I’m more into subtlety than what the Trioplan produces. 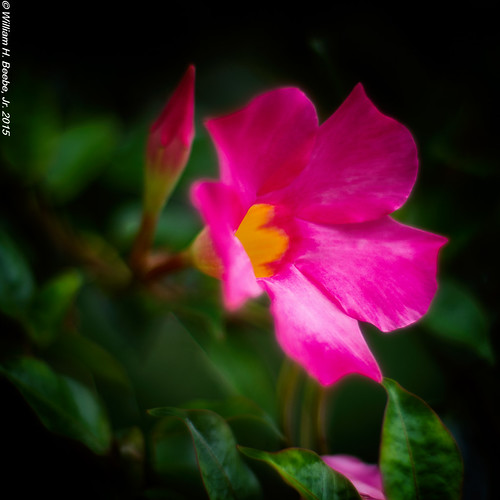 Another reason I wanted to do this is to show how much easier, and far more expressive, digital now is over film. I’ve noticed a number of discussions recently over how we’ve lost so much from the transition from film to digital. I personally say bunk to it all. Today’s digital cameras, combined with digital post processing tools, makes the creative process far easier to produce a final result than it ever was back in film days. I’m old enough to remember those days (the mid-1970s for me), especially the time I was a darkroom “rat” developing and printing both black-and-white and color. My attitude towards the wistful wishers is that they don’t know what they’re really talking about. We were collectively right to move on from film, and as far as I’m concerned, I’ll never go back. 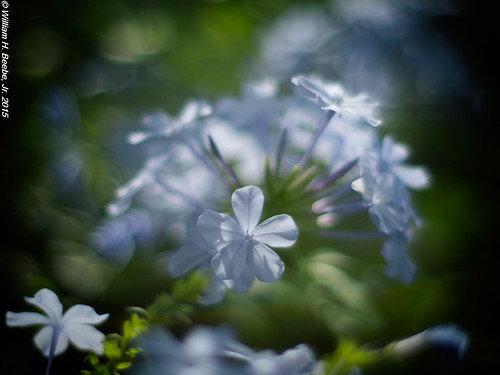 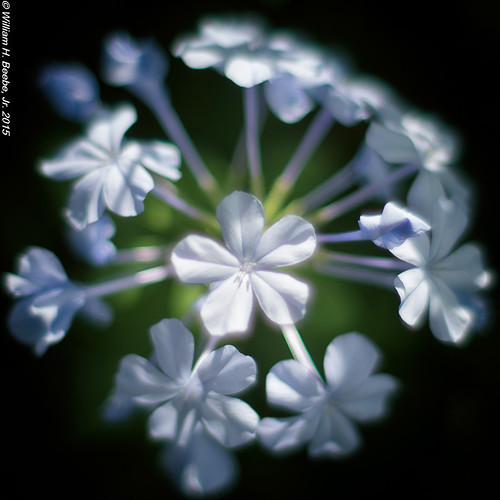 The Camera and the Lens

This is a photo of the E-M10 with the G.Zuiko 50mm adapted to it. I used a Panasonic DMW-MA1 4:3rds to µ4:3rds adapter, then used an Olympus MF-1 OM to 4:3rds adapter to then finally adapt the G.Zuiko to the E-M10. All focusing is manual but easily doable. I controlled the overall exposure via exposure compensation, seeing on the back of the camera exactly what was going to be captured by the sensor.

I don’t mind using older equipment adapted to current digital bodies. It opens up new creative possibilities and helps to save a ton of money in the process. As much as I enjoy using film-era lenses on digital bodies via adapters, I will never willingly use film again unless there is no other way. And then I’ll carefully consider it.

Leave it to me to forget having done this already, but with my much older Olympus E-P2. Same lens, different body and sensor. Post processed as black-and-white. Taken exactly four years ago, in 2011. Note the not-quite-totally circular bokeh circles in the background because it was stopped down to f/2. The G.Zuiko has an eight blade aperture. 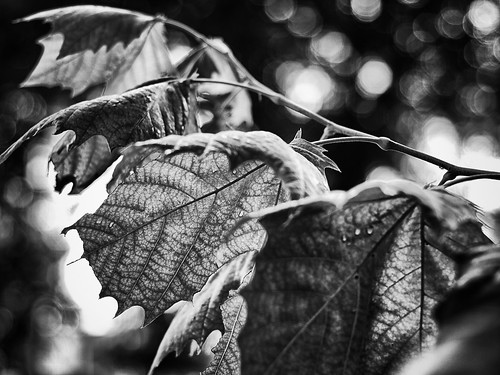