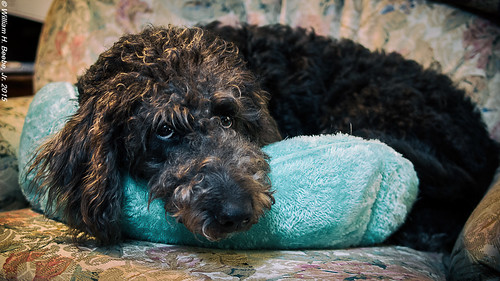 No, I don’t know what prompted Annie to nap in Lulu’s bed on the stuffed chair. All I know is that today my wife, sitting in her comforter and recovering from her knee replacement, called me into the main part of the house and told me to bring my camera. There Annie was in the chair, trying her best to stuff all four feet into Lulu’s cat bed.

It isn’t as if Annie doesn’t know what it is. She’s very, very bright. She’ll sit and watch Lulu a good bit of the day do Lulu things around the house, including lie in that bed. Apparently Lulu didn’t care that Annie was in her bed, and later in the evening, Lulu put herself into her bed as if Annie hadn’t been in there earlier.

I have no idea what’s developing between those two.

But in thirty-plus years of keeping Labs, I’ve never seen a Lab do anything like this. I guess the behavior is from the Poodle side. 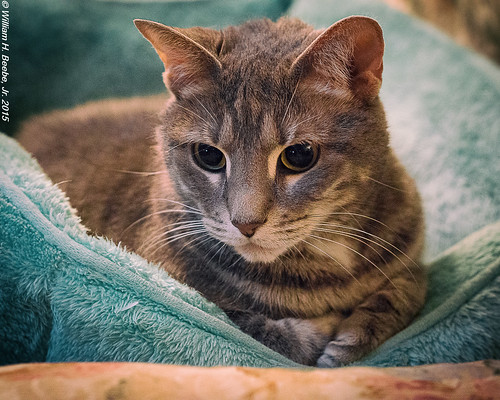 Here’s what it looks like when Lulu is in her bed. There’s just enough room for Lulu to comfortably snuggle in. 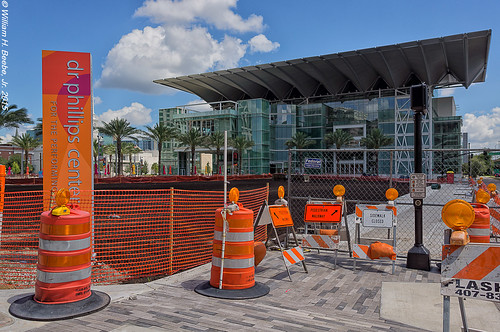 Weekends are always about running errands. This weekend, for the most part, was no different. Except this time, after running an errand close to down-town Orlando, my wife and I decided to head over to the downtown area around Lake Eola.

But Dr. Phillips Performing Arts Center is a resource for the whole area, not just the downtown gentry. It’s been good to see what was a pretty rundown area cleaned up and transformed into something that both benefits and beautifies the downtown core. 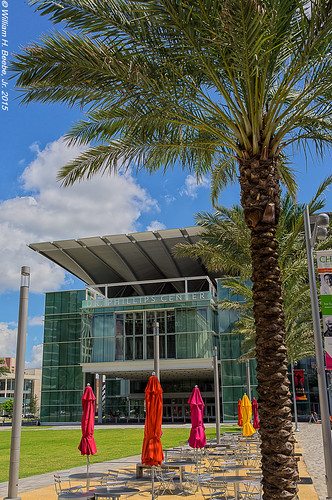 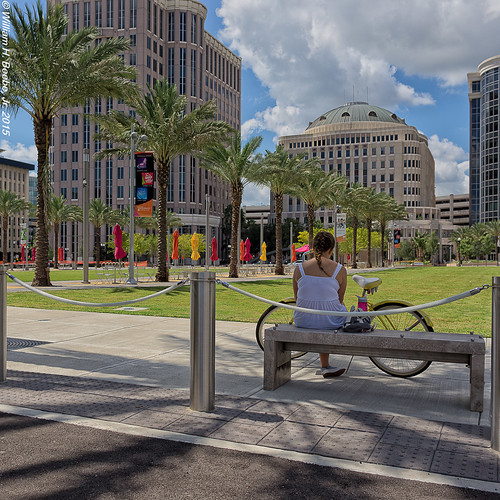 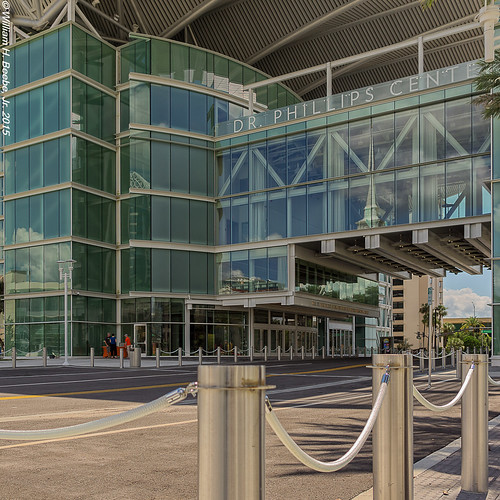 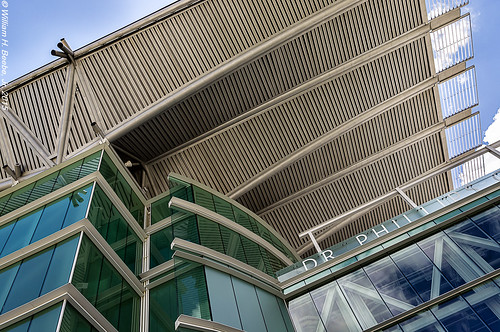 I also discovered at the Dr. Phillips Center that I missed four days of visual and performance art. It started the 17th and ended today, the 20th. There were nearly 50 different installations all up and down Magnolia starting at the Dr. Phillips Center and ending at the Orange County Regional History Center. It’s my loss, obviously. I found a tiny bit of it right at the Center; a see-saw that drove a drum that made music, and a field full of mushrooms made from paper bags. 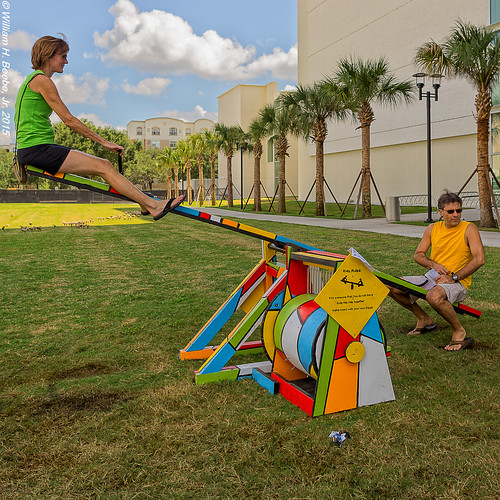 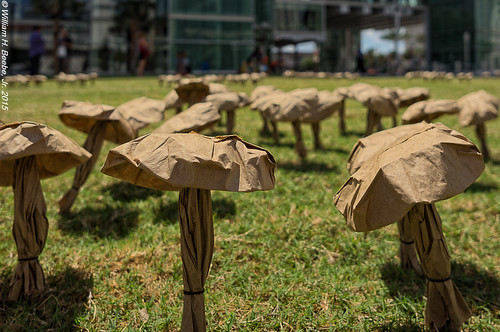 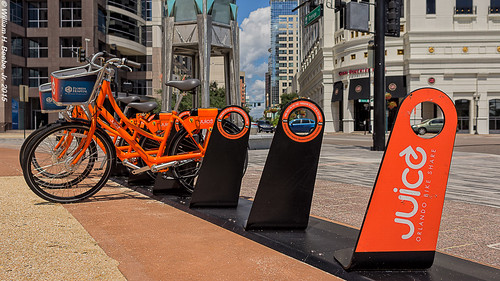 I’ve started to see bike racks like this (from other businesses) popping up all over Orlando. I have no idea how good they are, let alone how much it costs to use one. This particular one was next to City Hall, across the street from the Dr. Phillips Center.

On the way home I took the ramp onto the 408. Hiding away under the overpasses were the homeless. Less than a block from all the new pretty buildings. I would have documented it, but I’m more and more afraid these days of providing information that can be used against those who aren’t nearly as fortunate as I am, let alone the newer, younger residents of downtown.

It has been a very long time since I talked camera equipment used to help create my photographs. For these last three posts I used a Sony NEX 5N with a Sigma 2.8/19mm and 2.8/30mm lenses. The body was purchased nearly two years ago when it was heavily discounted on Amazon. The lenses a year later when they were discounted to $99 each.

Although I use Olympus almost exclusively, I switch to the Sony because the quality of its sensor is fundamentally different from the Olympus, even though Sony made both sensors. What’s interesting is that all my camera sensors are now 16mp, which would seem to be behind the times to the camera gear hardcore.

I don’t care. Both types of cameras are remarkable and produce excellent results. They’re just different, a difference I can see. And different is good.