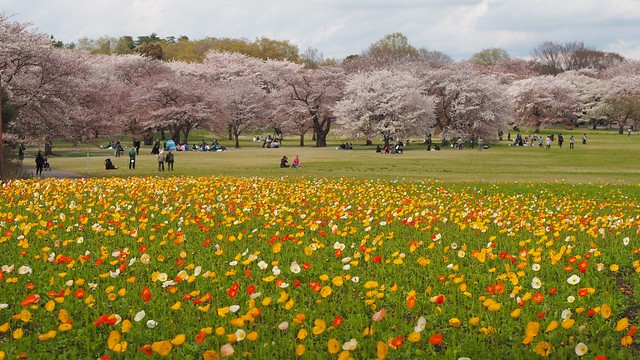 Today is my second weekend in Tachikawa, Japan. I was hoping that the weather would be a bit brighter, warmer, and dryer than it’d been during the week, but Saturday started out with rain and cold. And to add insult to injury, I’ve been nursing an infection in my right ear. While I woke up early enough to get out and take a train somewhere, I wasn’t feeling all that great. After a small breakfast, I came back to the hotel room and took a morning nap.

That actually turned out to be for the best. While my body worked to try to get into a better state, the rain moved on out and the temperature rose a bit into something more comfortable. When I woke up around 11:30 am local time I grabbed both the E-M5 and the E-M10 and made the decision not to travel, but to walk back to Kokuei Showa Memorial Park and pay to get into the rest of the park.

Kokuei Showa is huge, especially for an urban park. The part I walked around that first day in Japan is just the tiny, free, front part. The rest requires that you purchase a ticket for 410円, or $3.41. Not a bad price to get into the what turned out to be a really nice place to walk about for nearly three hours. 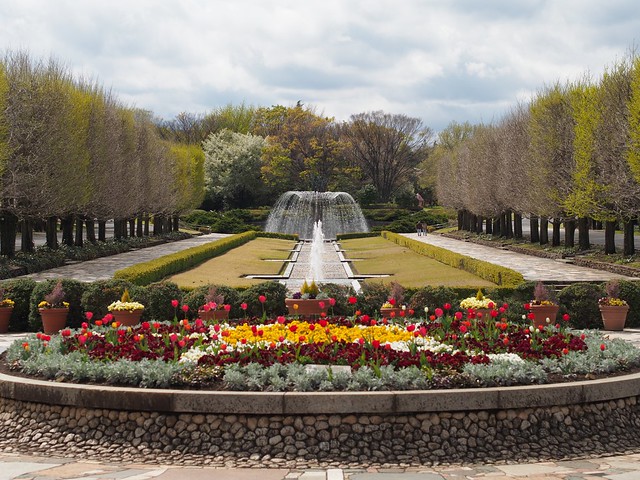 Once I got through the gates I was greeted by a long beautifully landscaped lawn, flanked by broad walkways and trees (ginkgos), with smaller fountains that lead to a much larger one at the end. 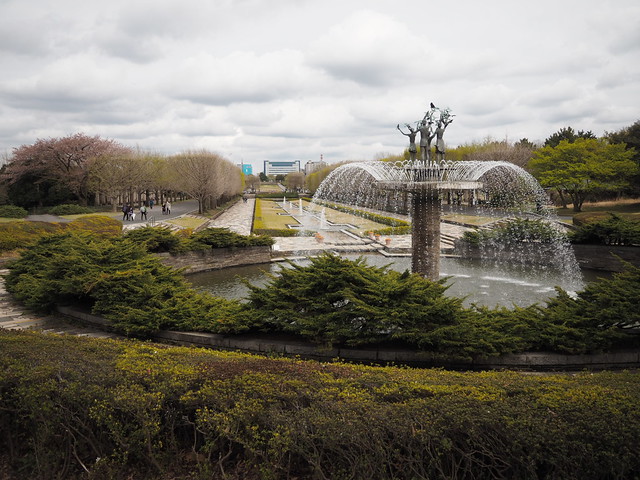 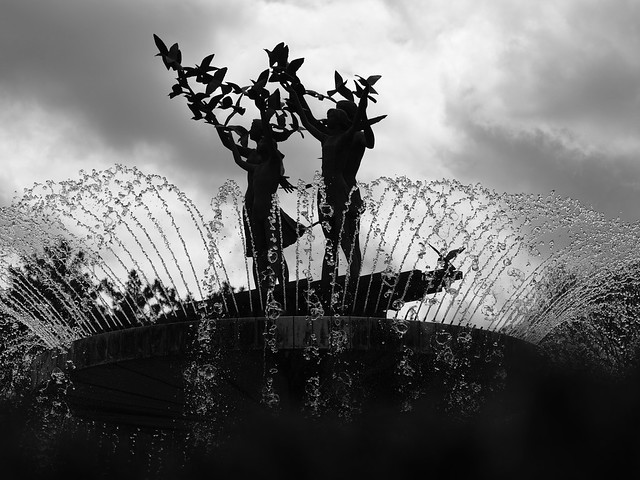 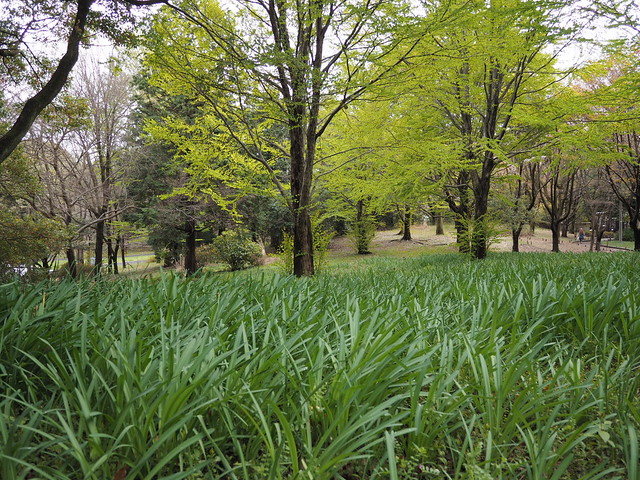 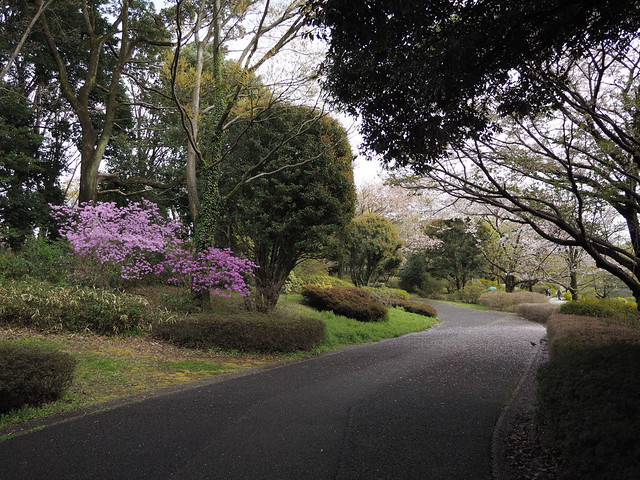 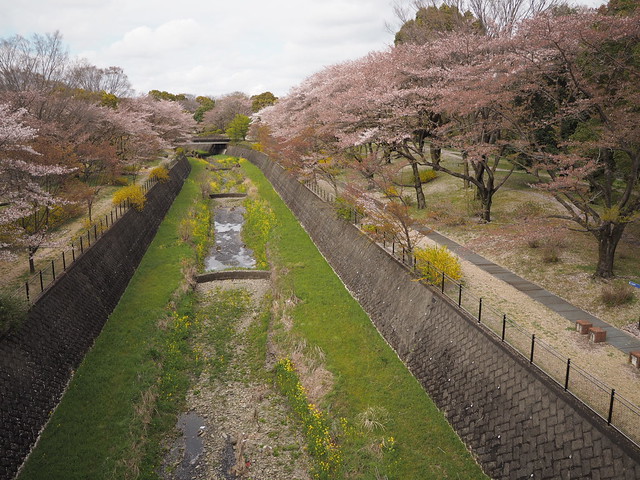 Once I walked past this area, I continued on until I came to the Spring Magic Garden where tulips where growing in profusion. This is where I spent the majority of my time, slowly walking and taking a lot of photos. 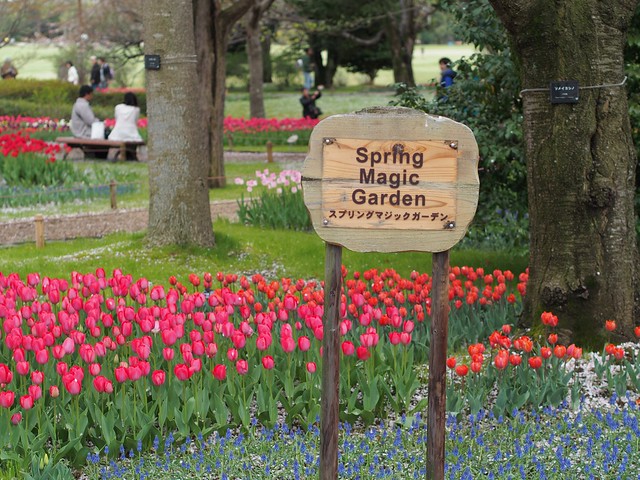 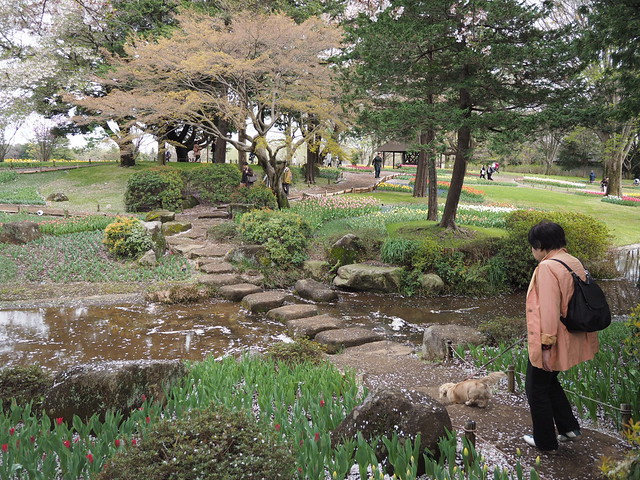 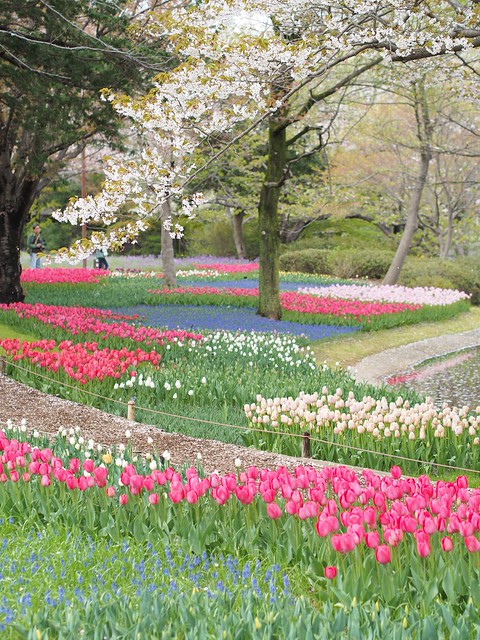 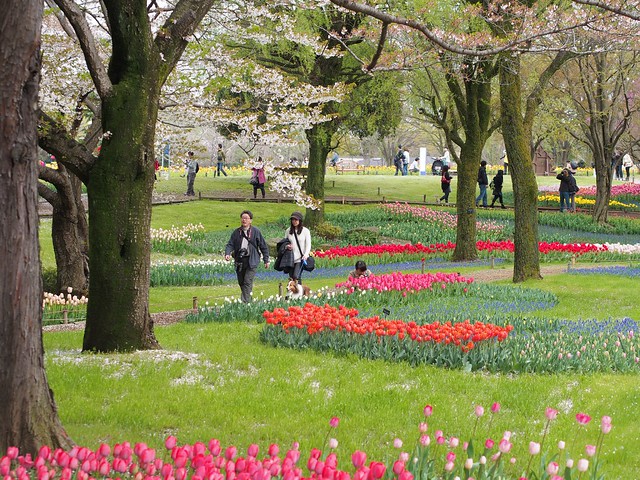 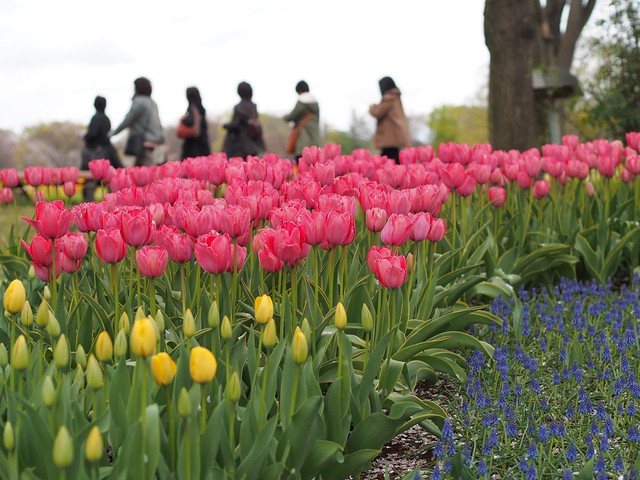 And did I mention there were tulips here? Yes, yes there are. 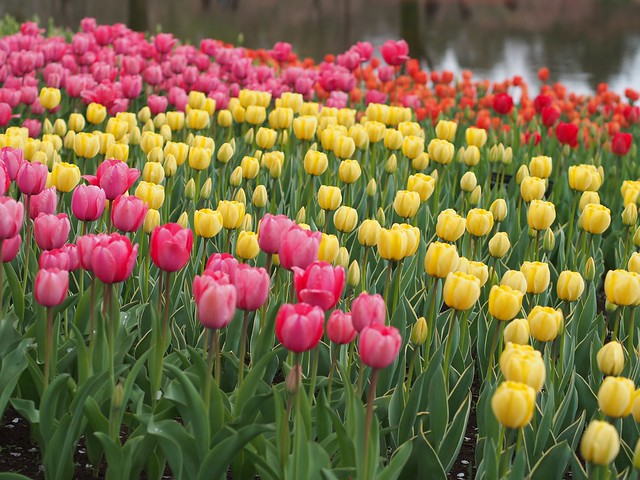 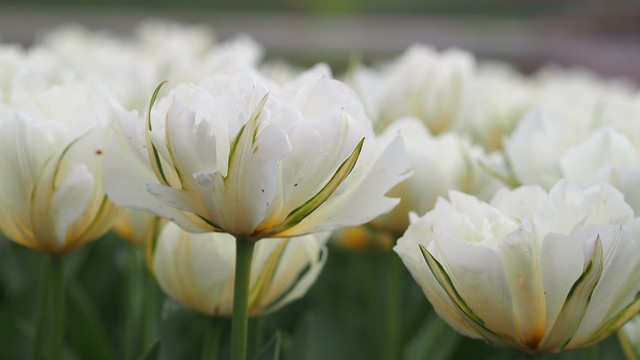 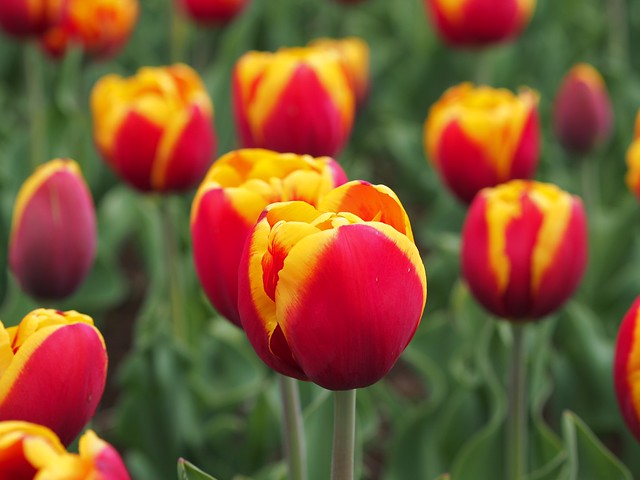 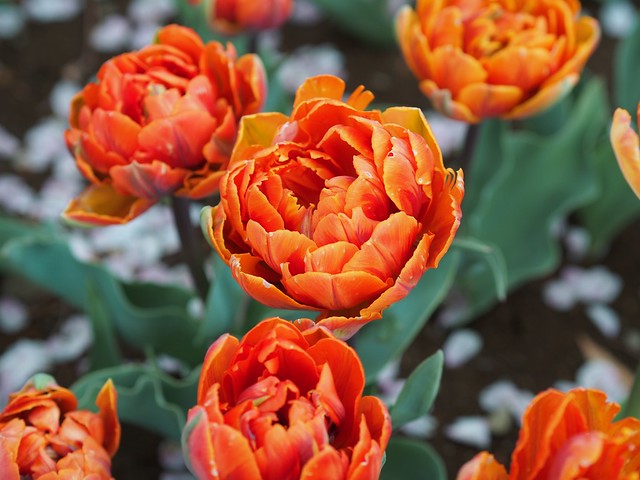 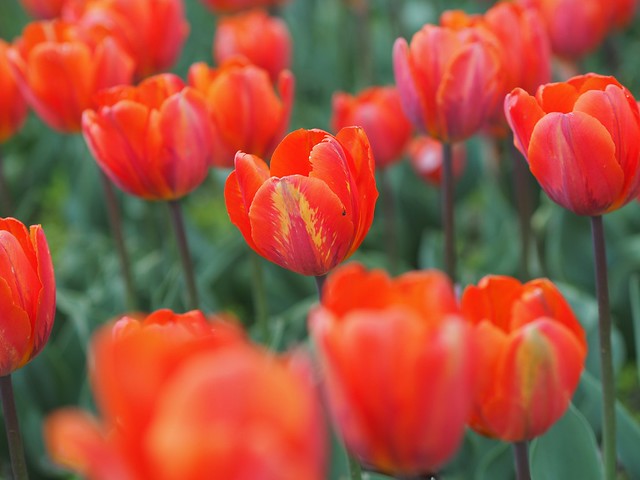 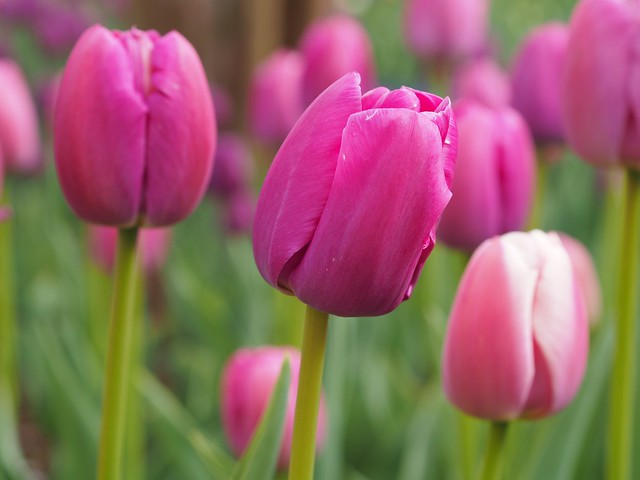 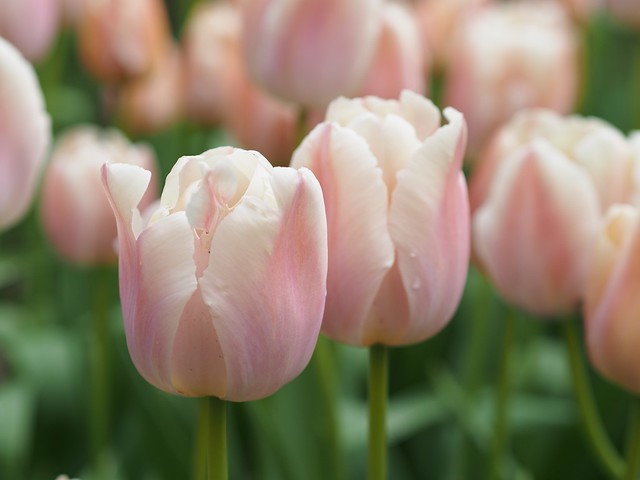 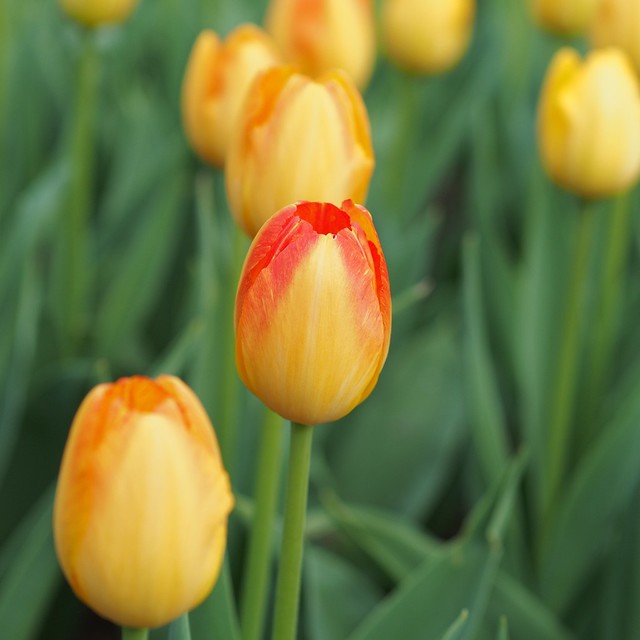 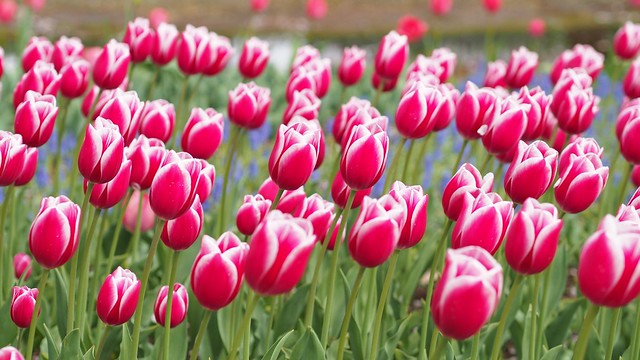 What I brought back in my cameras doesn’t begin to scratch the surface of all that’s in that park, let alone do justice to all the beauty out there. I loved every minute of it. Out in the middle of the park, where the tulips were blooming, the urban noises became almost totally silent. Walking through the green was balm for my soul. As the sun set and the evening chill began to settle over the park, I left in a much better frame of mind than when I walked in.

The majority of the stills (and all the tulip closeups) were taken with the E-M5 and the Olympus 45mm. The JPEGS as viewed on my iPad Air 2 are stunning. My Samsung notebook can’t do justice to them. All the images are straight out of the camera, with only cropping applied. The cloudy day made for perfect lighting, and I took full advantage of it. I’ve also got the camera tweaked now to give me pretty close, if not dead on, color out of the camera. And the 45mm, going on three years, still continues to astound me. Every time I think I aught to get the black version because it will look better with my black bodies, I go use it like today and forget all about wasting money on a different colored version.