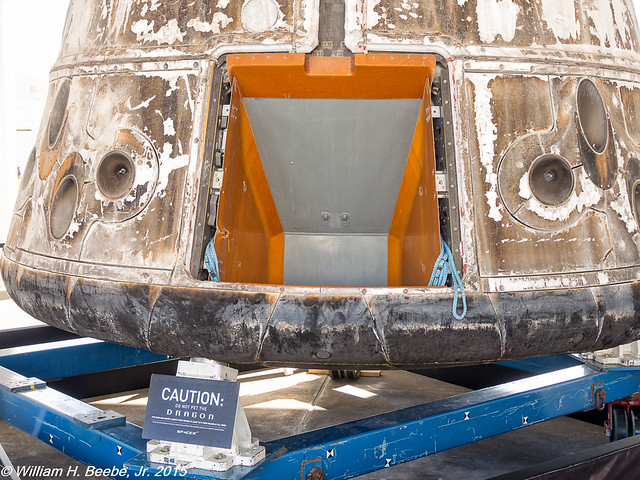 I’d made other plans this weekend that didn’t include a trip to Kennedy. But I’d reached a point where I needed a break, some sort of alternative to photographing gloom-and-doom subject matter (the conversion of wetlands into apartment buildings, for example). My wife isn’t feeling well, my dog Max is showing his age (14 1/2 years), and I needed some sort of boost. So my wife and I made a quick trip to the Kennedy Space Center Visitor Complex to look at the future of space exploration, the Space X Dragon capsule.

Space X put the first Dragon to fly into orbit on display from last Friday until tomorrow. I wanted to see it up close, to get a personal idea of what it really looked like. I also wanted to see, time permitting, the Atlantis shuttle. Unfortunately, the lines were too long for Atlantis. Maybe another day… 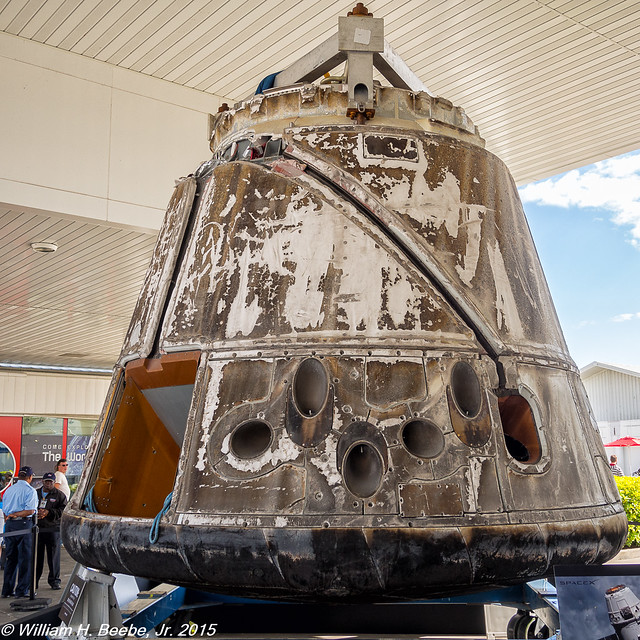 I enjoyed walking up and looking over the Dragon capsule. It’s been a long time since I was excited about space. The last time I felt any kind of excitement was back when I was a kid in high school, following the Mercury, Gemini, and Apollo missions. Then came the shutdown, the crippled shuttle designs, the fall from the heavens of Skylab.

But here was billionaire Elon Musk investing his fortune into building a new kind of launcher and a new capsule. Making plans to go to Mars and beyond. It reminded me a bit of Heinlein’s Delos David Harriman, the man who sold the Moon.

The machine that SpaceX has built is intriguing, to say the least. It bears no resemblance to Apollo, unlike Boeing’s CST-100. Instead it looks more like a “proper” spaceship. To me, a proper spaceship looks like the old DC-X, the first and last operational step that conventional aerospace tried for a single-stage-to-orbit (SSTO) reusable launch vehicle (RLV) before the test vehicle crashed.

The Falcon series is a multiple-stage “back up” attempt, where SpaceX is attempting to recover as much as possible (first stage, capsule) of the entire rocket for reusability. I have no doubt SpaceX will succeed in recovering, intact, the main Falcon 9 booster. And I have no doubt that SpaceX could build a follow-on to the DC-X if they succeed with the Falcon 9. 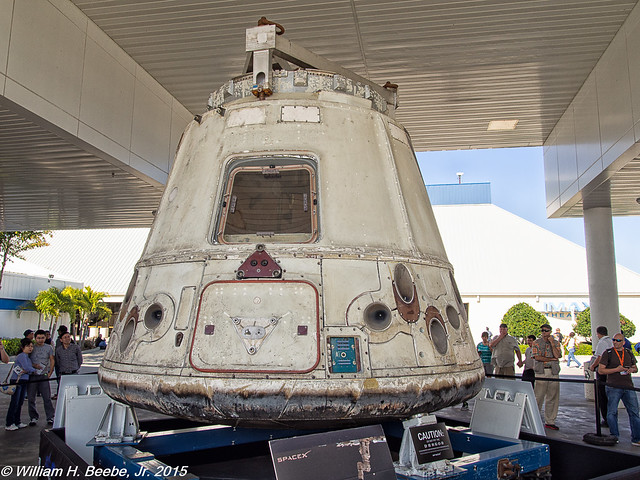 Today’s launch attempt, with the DISCOVR, was scrubbed when the Air Force range radar failed. SpaceX will try to launch (and recover) again Monday.

NOAA now says the launch of DISCOVR/Falcon 9 is Tuesday.